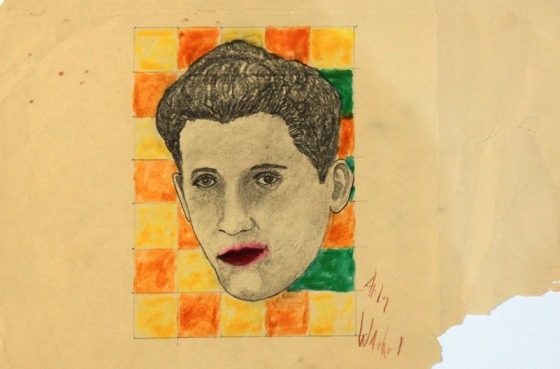 You know how sometimes you just start day dreaming that maybe, just maybe, one day you could find a suitcase with a million dollars and be the richest person ever?

Well, this is kinda the same, in a way. There’s this man, who decides to go to a jumble sale and purchase an Andy Warhol drawing that was worth, 3 Euros, little did he know this drawing might actually be an original, and worth up to 1.25 million Euros!

The drawing is thought to have been done by Andy Warhol in the late 1930s when he was only ten or eleven years old, the drawing is of a singer and actor called Rudy Vallee.

A Jack Of All Trades: Hybrid Monkey Spellbinds Audiences With Timeless…

If this drawing is legit, the means it almost goes back two decades!

” I’ve had experts from Sotheby’s and Bonhams who are convinced it is original, without a shadow of doubt. But without an official authentication board’s approval they are reluctant to speak publicly. I think it is an incredibly important work. When I first found it, I sent it to the Andy Warhol Authentication Board, who wrote their unique number in the corner. They sent it back to me saying they did not have enough evidence to support the fact it could be real. But it’s important to note that when they have the slightest doubt about a piece they simply stamp ‘denied’ on it in red letters. This was not the case with this picture.”

Meanwhile, lets keep daydreaming about finding a suitcase with a million dollars inside. And that my friend is called staying positive.