The 10 Types of Expats You Meet in Cairo

Cairo, for a city of roughly 20 million inhabitants, can sometimes feel like a small town with its overlapping social circles and limited circuit of gatherings and venues. Coupled with a dwindling population of foreigners – and by now, only the crazies are left –  this small-town feel makes Cairo’s expat community seem downright incestuous.

Flatmates, colleagues, neighbors, classmates, friends of friends – visualize all these “mutual friends” connections mapped out and you’ll notice a pattern emerge with clusters of expats categorized by occupation and bridged by location: English teachers commuting from Maadi, journalists living in downtown, embassy wives mingling in Zamalek.

And did we mention that only the crazies are left? After last year’s spate of goodbye get-togethers and farewell festivities, it seems that only the most tenacious – or most unbalanced – foreigners have decided to stay.

Following careful research (and by “research” we mean house parties and baladi bar crawls), we’ve compiled a list of the ten most common types of expats you’ll meet in Egypt’s capital.

There are typically two types: the ones with certifications who have legitimately studied and trained to be teachers – you’ll find them at the international schools – and the ones who are just in it for the paycheck and got the job through a friend and because they are native English speakers – mostly employed at private Egyptian schools.

Live in: Maadi and Tagamo3

Hang out at: The ACE Club on weekends and various tourist spots around the country during school breaks

Identified by: The dark circles under their eyes from early morning commutes, days spent rehabilitating naughty kids, late-night lesson planning and dealing with overbearing or uninterested parents. Good luck trying to make mid-week plans with them.

Typically volunteers and interns, with a few lucky ones who are actually on staff and get paid. On LinkedIn, they work on refugee issues, women’s rights, democracy promotion – and in real life, they work on mountains of paperwork and protocol.

Hang out at: Downtown bars like Horreya and Happy City

Identified by: Their ragged, often mismatched clothes, straight outta bed hair and a permanently cynical expression from turning that critical eye to development. Also, by the beer in their hand immediately after work every night.

Identified by: The only expats in Cairo who still dress like they have someone to impress. Look for nice jacket and pants combos, manicured nails and a go-getter walk through the streets of upscale neighborhoods (granted, some of them are told where they’re allowed and not allowed to go in Cairo).

From hacks to bureau chiefs, fresh out of J-school new grads to known personalities, the expat journos in Cairo are truly a mixed bunch, pounding the pavement for local publications and pounding on closed doors for media outlets abroad. A bunch of alcoholic misfits.

Hang out at: Anywhere that serves alcohol

Identified by: A reporters’ notepad, for the old school types; a DSLR, for the photojournalists; the look of eagerness in their eyes when they hear about a protest or bomb or just plain old gossip. Unashamed to approach you out of the blue, strike up a conversation – probably over a beer – mentally map your social connections and elicit your raw hopes and fears.

Also typically of two types: the AUC kids and the ones who are here to study Arabic at places like ILI and Kalimat.

Identified by: that look of innocence, their Macbook + Nokia phone combo. Known for walking into AUC finals an hour late and hungover. They write “studying Arabic” in the “Purpose for your visit to Egypt” section of the Visa form and actually mean it. Easily spotted trying to strike up conversations with Egyptians on the metro or at the koshk and constantly asking their friends, “How do you say that in Arabic?”

They practice reiki, teach yoga, do street theater, engage in circling, are drawn to Sufism, play the accordion or the violin or the 3oud, kite surf, use words like “alternative” and “holistic”.

Identified by: Colorful attire, statement jewelry – each piece with an anecdote from a different country, unkempt hair and infectious smiles. Great huggers.

The other-halves. Wives of embassy workers who shop at Mariam Market and have to balance the stresses of raising a family in a place that her home country slapped with a travel warning. And girls and women who could also fall under the above categories, but are pretty much here for their Egyptian boyfriends (or urfi husbands) in relationships defined by never-ending drama.

Identified by: Constant flaking. They’re always busy with the kids or with the boyfriends.

Can fall under any of the above categories. Typically the expats who have been here the longest, or the ones who are here because of contracts or study abroad programs. Comfortable in their bubbles but relish the opportunity to complain about the traffic and pollution. Full of stories about cultural misunderstandings. Rarely go out, can’t wait to leave.

9. People running from something back home

All of the above. 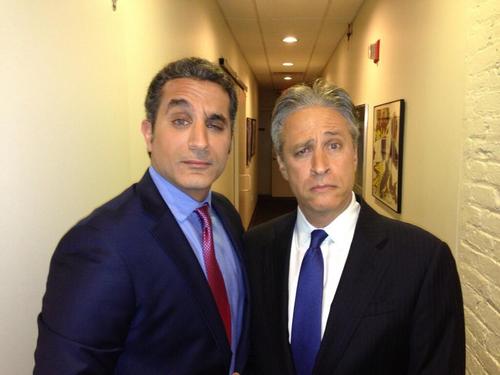 All of the above.

WE SAID THIS: Don’t miss “10 Reasons Egypt Is a Great Place to Be an Expat“.