As many Arab children know, our parents have a hard time letting go, especially when it involves us living alone in another country. Once we’ve settled down somewhere new, we tend to go through certain scenarios that occur on a regular basis.

From personal experience, I can assure you that your foreign friends don’t go through the same situations, so here are the top 10 things we deal with when living abroad.

When you don’t answer your phone even once, your parents think you’re either at a rave or dead in a ditch We all know that Arab parents feel the need to call as many times as possible and that one time you don’t answer because you genuinely didn’t see your phone, your parents raise hell on you.

Along with the multiple missed calls you will receive, once you do have time to get to your phone, you will end up hearing the longest, most useless lecture of your life. In most cases, our parents tend to think the worst, so don’t be surprised if they think that you were murdered or doing coke in a bathroom stall at a club. Obviously, once you’ve moved, you won’t have access to those traditional dishes that you will end up craving, which your mother knows very well and will try to prevent.

As absurd as it sounds, a friend of mine was sent back to the UK with hamam and molokhia in her suitcase because her mother didn’t want her to starve.

When you’re back for holiday and you come home late and your father gives you the, “Do you think you’re independent now?” speech 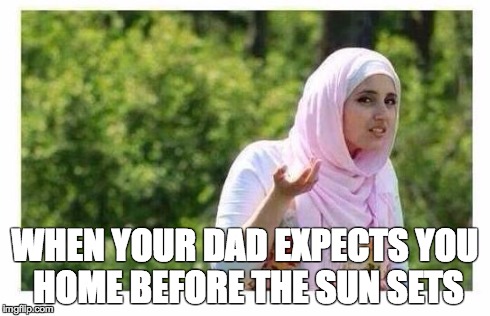 Once you’re given the chance to live alone, curfew doesn’t exist and you’re used to coming home later, but your father has a completely different perspective on the issue.

In his eyes, you are crazy to think that your curfew has changed and, to quote my father, “When you are under my roof, you follow my rules”, which basically means be home by 10. Living abroad comes with many perks, such as being able to walk through the streets in a dress and knowing that you won’t be harassed by every single guy. However, fathers still think it is inappropriate and will most likely tell you that he won’t let you buy another pair of shorts.

When they come to visit, they are bound to leave with 1,000 pictures on each phone 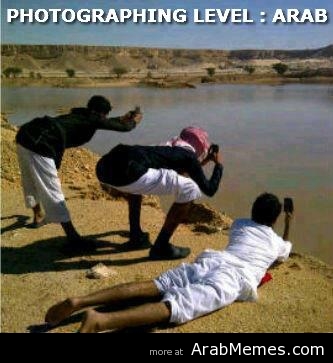 Whether you’re just waking up or chewing your food, your mom will want to cherish that moment by taking a picture and showing all of her friends when she goes back home because she feels the need to brag about you 24/7.

Mamluk Heritage in Egypt; Between Negligence and Protection

Having to communicate on every source of social media ever created Since they won’t be able to call you the old fashioned way, your parents will download Skype, Viber, WhatsApp, Facebook, Instagram and any other application you use just to make sure they can get in contact with you.

Oh, and get ready for the constant stalking. They will add your friends on Facebook just to make sure they can see what you’re doing at all times.

Every time they call you and you’re out, they ask why you’re not studying Parents assume that the one purpose of going to university is to study; they are convinced that our social life should be non-existent and God forbid you decide to go out for dinner one night.

I’m not trying to say that they want us locked in the library at all times, but they definitely don’t think that we should leave it for longer than a few hours because we would then fail and disappoint them.

When they come to visit, they expect you to be free 24/7 When my parents came to visit me during the year, I could see the look of shock every time I told them I had to leave to do something. Although it’s great having them there for a week or two, they tend to be on the demanding side, which can get frustrating at times.

Sorry Daddy, I love you, but I can’t spend every waking moment next to you.

They make sure you’re not losing your “Arab touch”

As we all know, Arabs are unique in their own way. As soon as your parents feel like you’re losing that Arab spirit, they put you back into your place in a matter of seconds.

My favourite comment usually comes from my dad when he feels the need to remind me that he is a “fala7”, yet he is too lazy to get up and get the remote from the table… nice one, Dad.

When they see a picture of you with a guy, you get the “Howa meen el walad?” talk Finally, the worst of them all. When your parents see a picture of you and a guy they’ve never met, your mother attempts to find out every detail about him, while your father asks you if he’s from a good family and what his intentions are.

They don’t understand the concept of having male friends unless they are potential husbands.