Sharmoofers have been making lots of headlines in the past couple of months; which is nothing alien to one of the leading bands, not only in Egypt but in the whole region. But the intense buzz they have been making in the last period could be directly related to the marvelous success of their latest song “Moftaqed el Habiba”. There are several reasons why the song received that much attention; the extraordinary lyrics, the music video featuring Egypt’s sweetheart Yasmine el Raeis, and most importantly how they introduced the song.

For the first time in Egypt, or maybe the world, that a music band shoots a whole web series talk show, “Anest we Sharmaft”, to introduce a song. It was super funny, the people loved it, and we’re all waiting for another season. What many people may not know, is that Moftaqed el Habiba was not a single, but is the first of their new music album, Infesam.

Posted by Sharmoofers on Wednesday, May 9, 2018

The lovely, visually appealing fashion film above, and the pictures you’ll see throughout the article was produced by the media powerhouse, Carousel. The talented Fashion Director was Gehad Abdalla, the DOP was Mohamed Amin, and Fashion Coordinator Omar Hesham. Editor and Music Producer was Amr Austin, and the wardrobe was by Maison 69 and Hoxton House. As for the team behind the glam of Yasmine el Raeis; Stylist is Abeir Ansary, MUA is Merna Kauzman, and Hair Style was by Kimi Safadi.

The most badass band in Egypt, @sharmoofers_official ❤️

We sat down with Bob and Moe during Sharmoofer’s media junket, that was organized by Carousel, and here’s what happened.

What was your musical background before Sharmoofers? 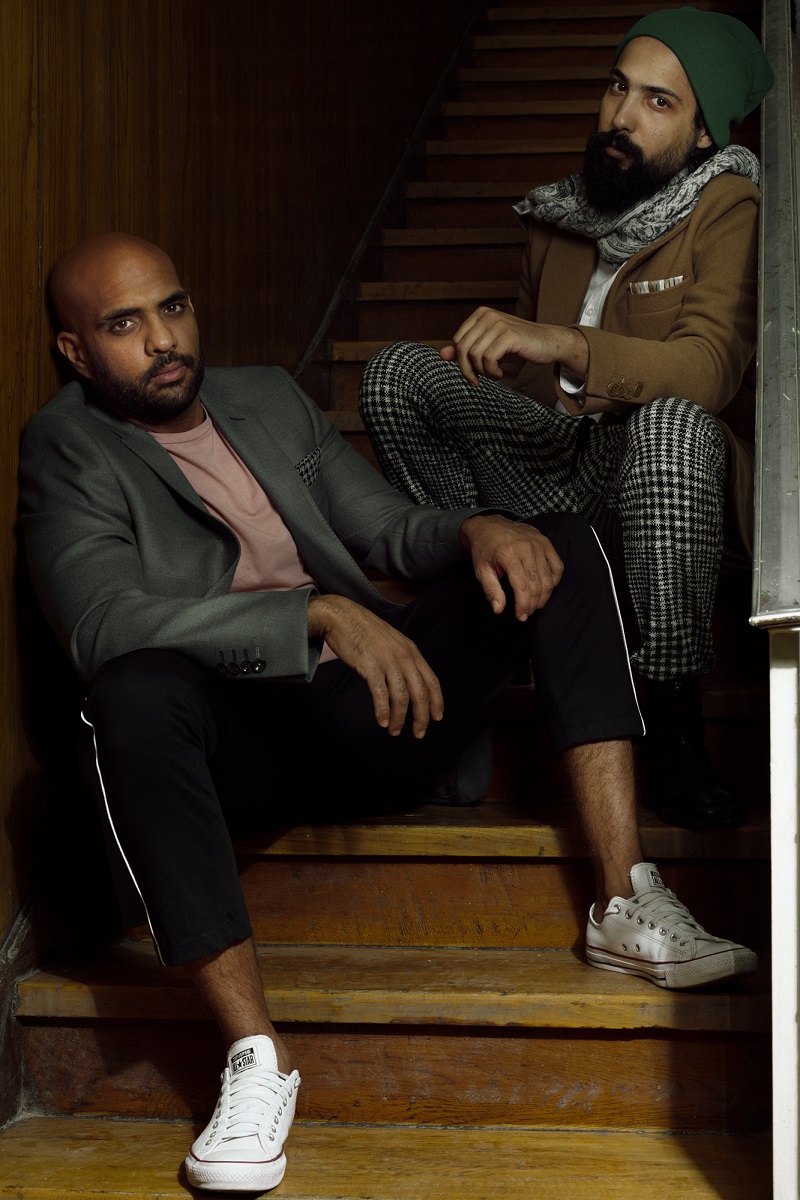 Bob: I used to be a percussionist, started in a band called The Room and I was a part of Cairokee for about seven years. Later on, I founded The Percussion Show where we toured the world! Then Moe and I started Sharmoofers in 2012.

Moe: I started at an early age as a Drummer. Kicked off playing Jazz and Latin, then got more into Pop and Rock, and then Funk.

What inspired you to change your style in Moftaqed el Habiba? 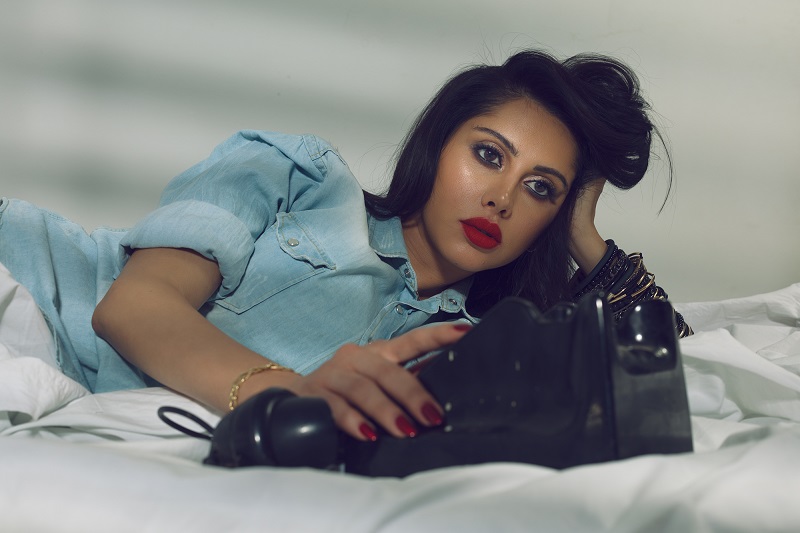 We didn’t change our umbrella, we just opened a new door. The subject and the lyrics are new, but the music isn’t entirely something that our fans are not used to. Indeed the song isn’t as upbeat as our usual songs, but it’s still as groovy and reggae as our usual music.

If Moftaqed El Habiba would be the theme song of a Hollywood movie what would it be?

500 Days of Summer or Eternal Sunshine of the Spotless Mind!

Will we see another season from Anest we Sharmaft?

Yes, most probably you will!

If you had the chance, which international celebrity would you like to interview in your next season? 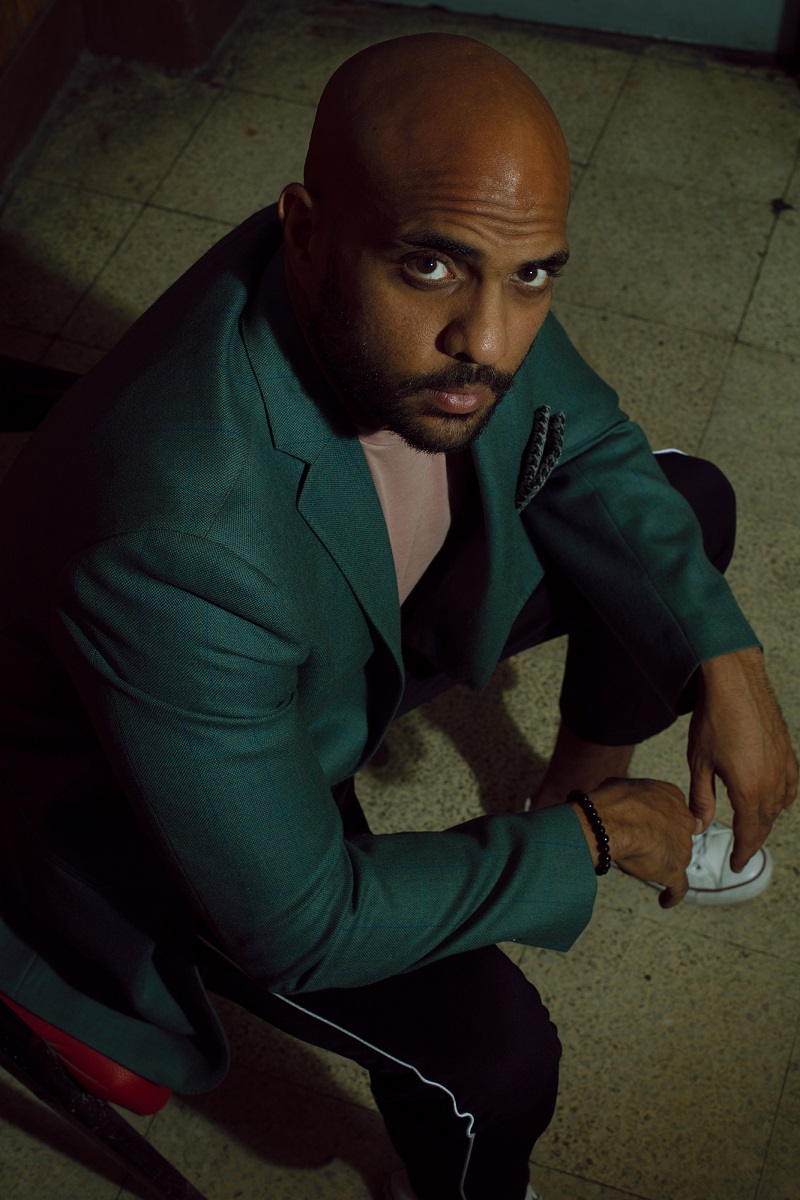 Jay Z and Beyonce! Or maybe Piquee and Shakira.

Will the new album have songs with a similar style to Moftaqed el Habiba? 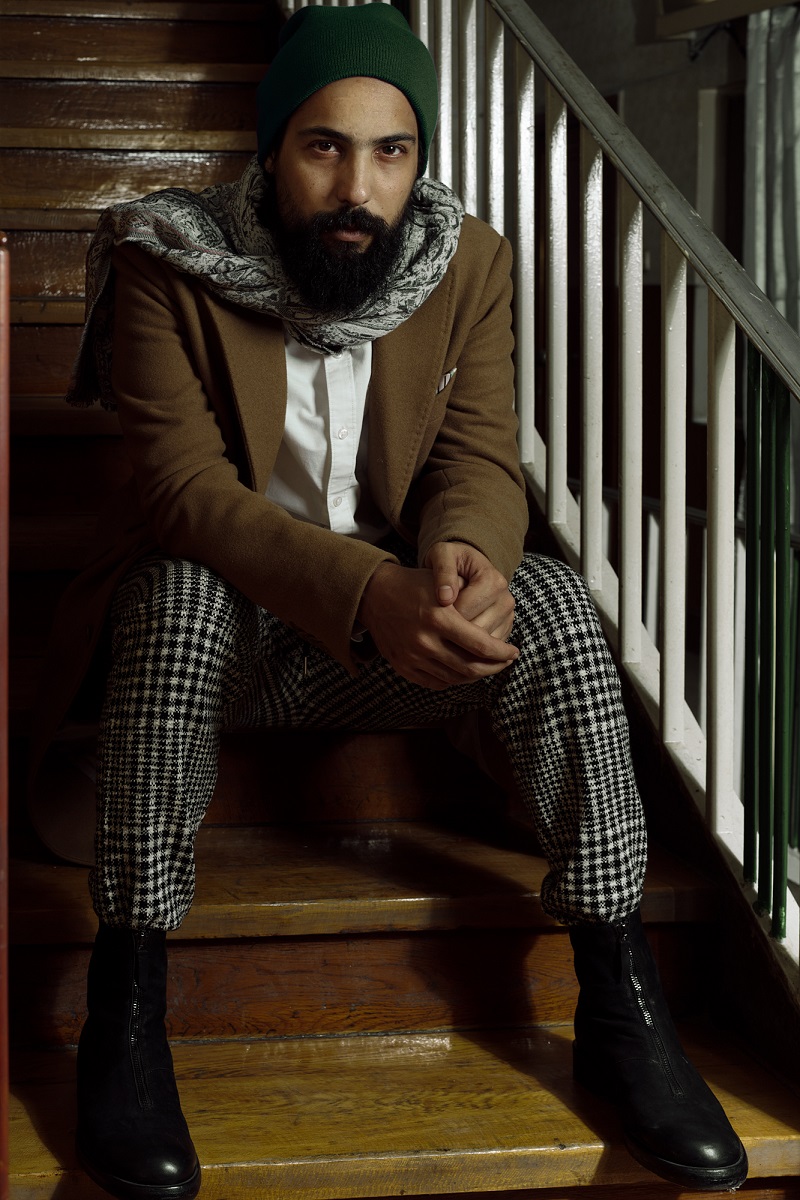 Yes, there will be a few songs that are somehow similar.

The Weeknd’s Starboy is now a Marvel Superhero. How do you imagine Mr. Sharmoofer to have his own comic book series? 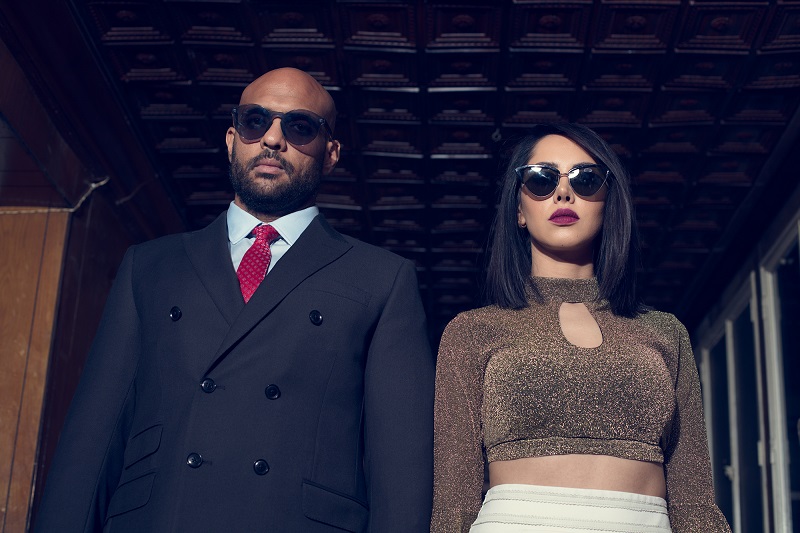 We literally cannot imagine that The Weeknd has actually made it to Marvel… However, Mr. Sharmoofer would definitely fit perfectly in the universe! Iron Man and the rest of the Avengers would certainly love him. And most probably his arch enemy will be the Starboy.

What will be the title if we’ll create a documentary about Sharmoofers?

Who’s the artist you’d love to feature in one of your songs? 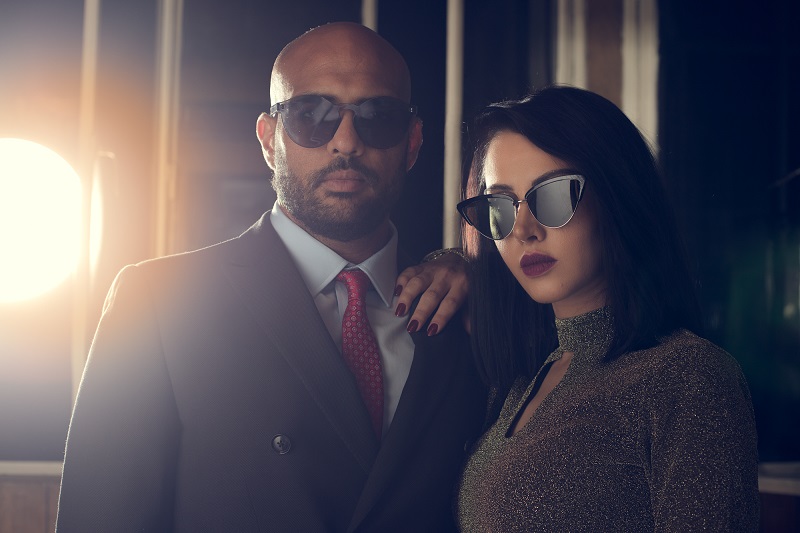 Shaggy, Sean Paul, and of course MJ if he was still alive. In the Arab World, we’d love to work with Sheb Khalid, Sheb Mamy, and of course, the King Mohamed Mounir.

If you guys would star in a Netflix show, what would it be?

Moe would star in Narcos, and Bob would star in Breaking Bad! Controlling the meth and the cocaine empire in the world … we’ll literally be unstoppable!

Is there a venue you wish to perform at?

Central Park, Taj Mahal, a big concert by the Pyramids, or in Gezeiret El-Feyala. Actually anywhere with a historical background would be awesome. Like the venues that Yanni performs in!

What was your favorite concert to date?

Last year’s Redbull Fel Share3, the two SoundClash concerts we performed at, and a concert in Jordan 2017!

What do you look forward to achieving? 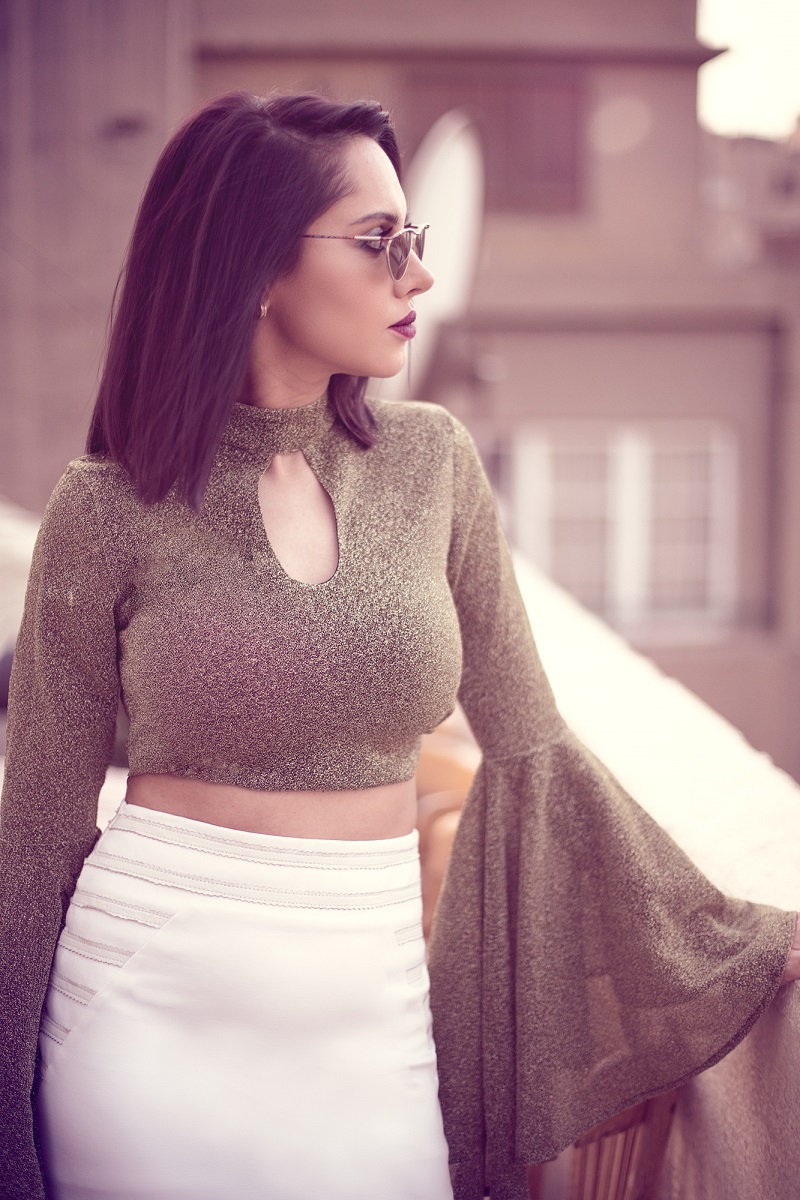 If Mr. Sharmoofer lived in Westeros, what House will he be in?

Mr. Sharmoofer would be a Stark and he’ll most probably marry Daenerys Stormborn of the House Targaryen, First of Her Name, the Unburnt, Queen of the Andals and the First Men, Khaleesi of the Great Grass Sea, Breaker of Chains, and Mother of Dragons.

What will you both do in Westeros?

Moe: I just want to own a dragon!

What country does Sharmoofers have the largest fanbase after Egypt, and what country you’d want to perform in the most? 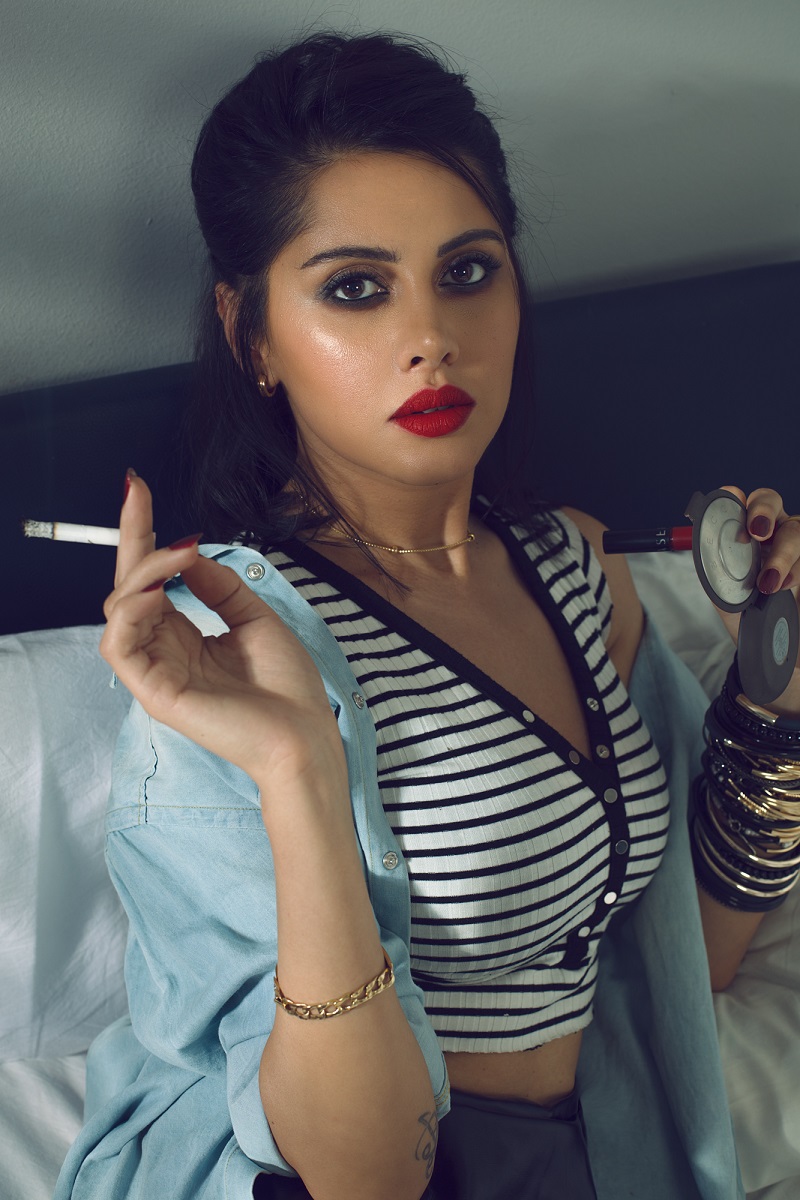 Canada, UAE, and the US probably have the largest fanbase for Sharmoofers after Egypt. And we’d love to do a tour in Latin America!

WE SAID THIS: We can’t wait for the release of the album next summer.