Top 10 Billionaires in the Middle East 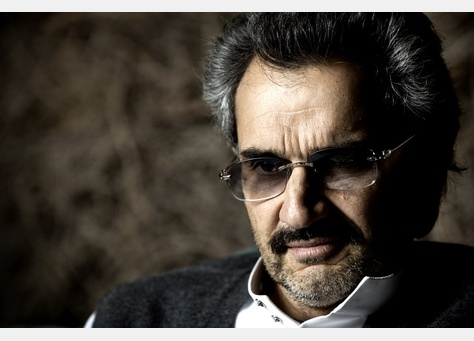 As the world suffers in the on going recession, and like those in Egypt a revolution. The Middle East still manages to be one of the biggest areas with Billionaires in it and spending power.

Here’s a list of the 10 top billionaires in the Middle East:

1. HRH Prince Alwaleed Bin Talal Al Saud ($25.9 billion)
Most may know him as the man behind Rotana TV, but the Saudi prince’s share of the Kingdom Holding Company along with other private holdings such as Disney Paris, actual stock in Apple and so much more!

Their empire began through a tucking company in 1947, the Olayan group now has stakes in several internal companies, such as Credit Suisse.

A mixture you don’t hear about often, the Saudi/Ethopian business man, who dabbles in oil, mining, agriculture, hotels, hospitals, finance, operations and maintenence, has been named the richest Black man by Forbes.

A Look At The Advantages of Cryptocurrency Trading

For the Egyptians reading this, the family needs no introduction. The family is known for the Orascom conglomerate they own, which has interests in telecomunications, construction, real estate, hotel and development businesses.

The chairman of the Alzahid Group of Companies, a conglomerate with 41,000 employees and stakes in fields such as mining, logistics, oil and gas, manufacturing, information technology, foodstuffs and retail.

6. The Kharafi Family ($8.6 billion)
Another diversified conglomerate, this one of Kuwait origin with 100,000 employees in 25 countries. The holdings include exclusive franchise rights in the Middle East for a large number of fast food brands such as KFC, TGI Friday’s and Pizza Hut. Americana group ring a bell?

7. The Binladin Family ($8.1 billion)
Closely connected with the Saudi Royal family, the Saudi Binladin Group is considered the largest construction company in the world. Thirteen of the late founder Mohammed Binladin’s sons sit on the board. Yup you heard that right 13 kids, and that isn’t all of them!

8. The Bukhamseen Family ($7.2 billion)
Ran by the founders four sons, the Kuwaiti Jawad Bukhamseen Commercial Corporation was founded in 1957. Today it has interests in tourism, industry, media, urban planning, civil engineering as well as major development projects in Kuwait.

9. Said Khoury ($7.2 billion)
The Palestinian born co-founder of the Consolidated Contractors International Company (CCC) is also the governor of the Arab Monetary Fund and a large shareholder in the Arab Palestinian Investment Company. Since its founding, CCC has built a large number of well-known buildings throughout the world, including Iraq’s Abu Ghraib prison (before Saddam Hussein came to power) and the Ronald Reagan National Airport in Washington, DC.

10. The Bugshan Family ($6.9 billion)
What started with steel manufacturing in 1923 has now developed into one of the big Saudi family conglomerates with a hand in just about any sector imaginable – from cars to cosmetics. The Ahmed Salem Bugshan Group is large thanks to its ability to form partnerships with leading global brands like Dior and Bridgestone.