Indian Woman Jailed for 19 years Because Nobody had $92 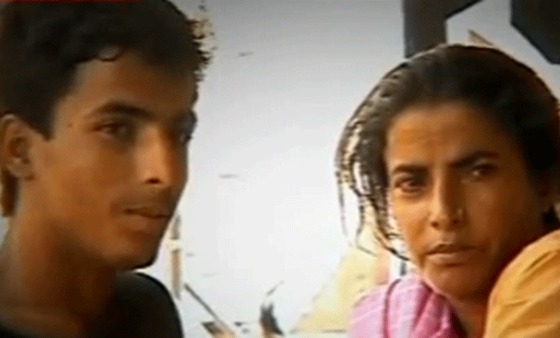 I woke up today, had my coffee, decided to see what’s going on in this world we’re living in. As I’m reading through different breaking news, and Headlines, there it is.

This world we live in, has Kanye West: What he wants from Kim Kardashian On His Birthday as Hollywood Life Exclusive. But on the other side of the world, more heartbreaking and heart wrenching news seems to be taking place. As i sat scrolling through the site, (picture me sitting there wearing my glasses) on the bottom right corner a certain article caught my eye, are you ready for this?

“An Indian woman jailed for 19 years because nobody had $92!”

You know that moment, where you’re just sitting there wondering how fucked up this world can get sometimes! Maybe some of you heard about this, but I didn’t. I’m just disgusted, because maybe if this was on Breaking News, or maybe Written in Bold (that’s the least anyone could do), it might have grabbed someones attention.

Here it goes, a woman has landed in jail for 19 years because no one could afford to pay her bail. Which was 5,000 rupees, and that’s about $92.

That same woman stayed in jail for two decades! And on top of all that she wasn’t even aware that she had been granted bail.

Vijay Kumari, gave birth to a son in jail, which obviously was taken from her and was sent to a children’s home, while the woman idly waited behind bars for her sentence to finish.

Her son, Kanhaiya worked night and day to help his mother, then just this week his mother was finally released.

The fact that nobody from the woman’s extended family could pay the bail, 19 years ago has triggered much debate in India, there are more than 1,300 other prisoners just like her.

The High Court in the northern India province of Uttar Pradesh, Where Vijay Kumaria spent 2 decades, has decided to take action over the thousands of other people who are suffering the same fate behind bars.

Authorities have directed that prisoners who have been granted bail should be handed over to the court at once.

Hopefully, many more men and women like Ms Kumari could be reunited with their families. Especially those without a son as devoted as Kanhaiya.