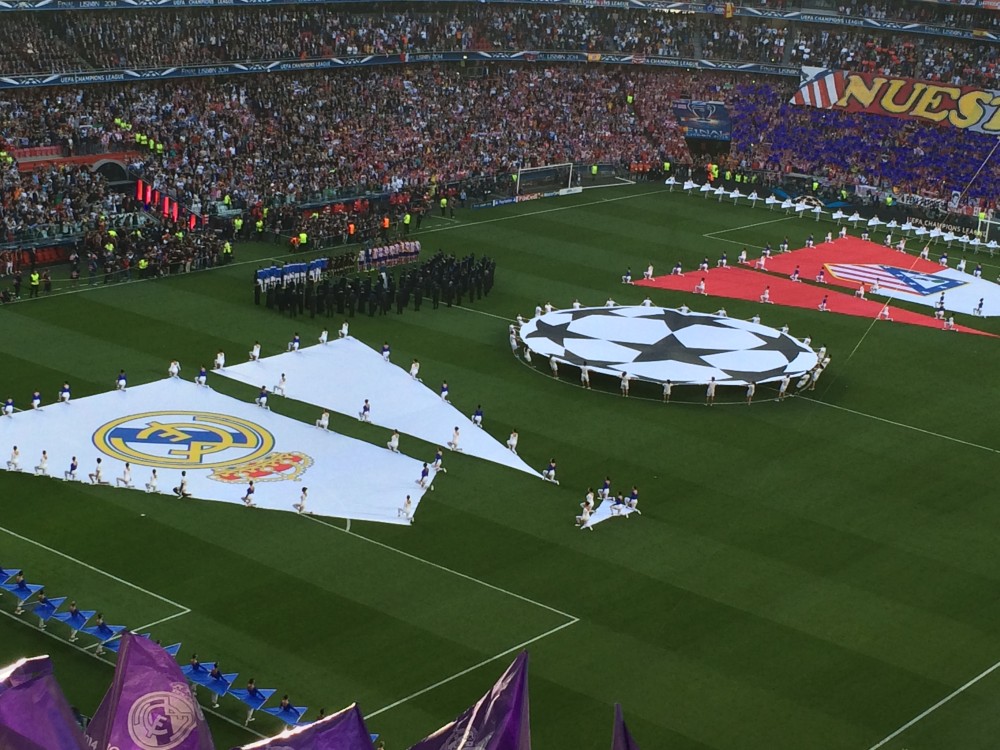 Being an Egyptian, it seems to come as a surprise that I never liked football. Like never. Actually I never took interest enough to watch one single match. Never been to a stadium. Not even for the African League, no. The way I saw it, football for me was like fishing, you wait and wait and wait and then, “Oh there’s a fish!” … “No it’s a shoe”.

Portugal is also a football fanatic country, but rightly so, with some of the best players and best coaches in the world. Manuel José is probably the only reason Egyptians know that Portugal exists. And since I arrived to Lisbon, I’ve been smothered by different friends trying to pull me to their teams… Particularly Benfica and Porto. 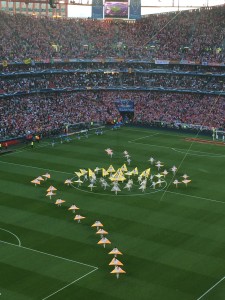 I never understood how fans could be so emotionally involved with their teams, or how they would cry – yes, men would cry over the loss of a match. In the Champions League final, I was sitting among men pulling at their hair and weeping in despair.

So after all these years, I get Egyptian friends calling me to say they are in Lisbon and are taking me to the game. It took me a few days to debate whether to go or study.

What no one knew was I actually had to Google this, text some friends and ask around. Yes, I had no idea about football. Zero. Nada. Zilch.

Might be because I never fancied the whole Ahli/Zamalek charade. Or maybe because, frankly speaking, what we play in Egypt is not really football.

And there the fun started. I was picked up and we went to the Benfica stadium (one of the most popular football teams in Portugal and Europe) that is right near my apartment in Lisbon – another surprise.

My first question (out of hundreds to follow): “So who is playing and who are you cheering?”

REAL MADRID. Apparently according to my friends, they were the winners, the big boys, the big rich boys with the hottie Portuguese Cristiano Ronaldo, and everyone was cheering for them. Egyptians and Portuguese.

So whom do I cheer for hmmm? Well the underdogs of course, so GO ATLETICO. 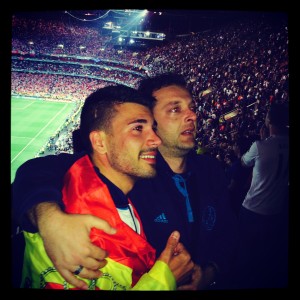 As soon as we got seated, I noticed we were in Real’s part of the stadium which fueled even more my passion for Atletico to win. With lots of middle fingers going up, chants and a very powerful energy going around, I began cheering even louder and joining in the hype… And I started sharing pictures while my Egyptian friends just started sliding lower and lower in their seats embarrassed by me, I suppose.

“Who scores on which side?”

“Why do Real players keep throwing themselves on the ground like sissies?”

“Why do they get to shoot the ball again from a corner” – that’s a “corner” as I got to learn later.

I have to admit, I secretly enjoyed showing off my ticket and the fact that I went to that match (completely clueless). The amount of hate messages I got from fellow Egyptians was… a bit too much.

But yet again, Egyptian friends coming to Lisbon was the best thing that happened to me for a while. And I do miss being treated so well as a woman and as a friend.

Back to football, I was so vehement about Atletico winning. It felt like I wanted to believe that the little guys had a chance of beating the big boys and that there was some fairness in the world. Well, that’s not how the world works and apparently not how football works. 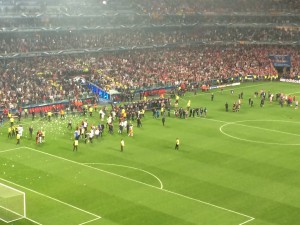 On another note, at least I got to see Ronaldo running around shirtless… PRICELESS.

I felt so sad that the team I cheered for didn’t win and I never want to experience that. Horrible feeling.

Which brings me to the point that now, as a newbie football fan, I need to pick my clubs. And every time I ask someone, they never manage to give me a concrete answer. As Zé Pedro, my football mentor, puts it: “My team chose me” (and you thought men couldn’t be superstitious?).

So which clubs do I cheer for? And which country, too? (Since Egypt never makes it to the World Cup anyway.)

WE SAID THIS: Don’t miss “Players We Want to See Take Their Shirts Off at the World Cup“.