Discovering MENA: Inspectors on the Ground in Syria – Now What? 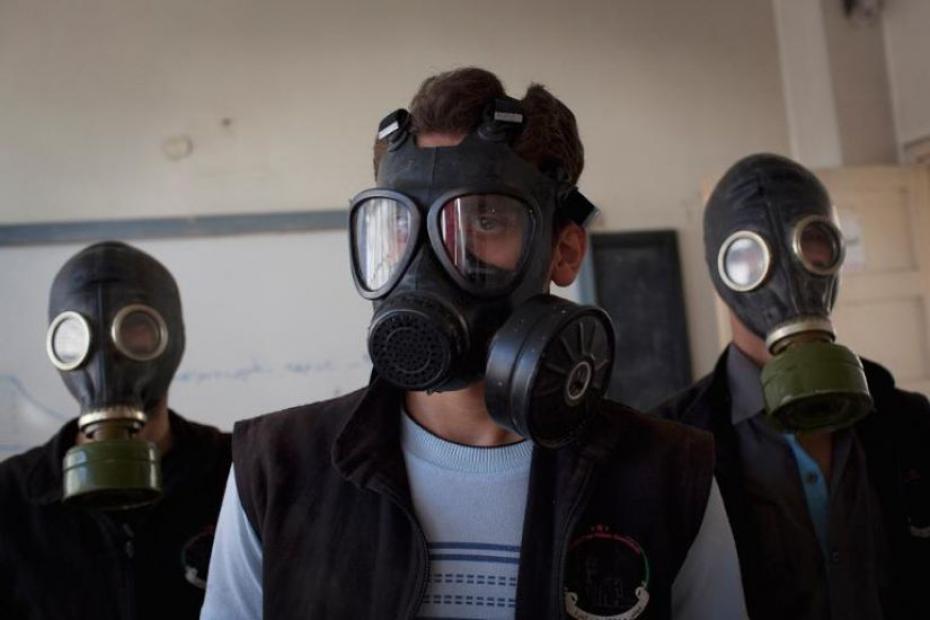 A score of inspectors sent by the Organization for the Prohibition of Chemical Weapons, the brand new winner of the Nobel peace price founded in 1997 and based in The Hague, arrived three weeks ago to Syria to check the status of the country’s controversial chemical arsenal.

The team was part of an advance party, sent out to hold talks with the Syrian authorities and smooth the way for the destruction process to begin. Once the list of facilities, lethal substances and weapons was finalized, a second group of experts traveled to Damascus to proceed with their elimination.

According to the terms agreed upon by Russia and the United States later ratified by a key UN resolution passed unanimously, Syria’s chemical weapons mixing and filling equipment must be destroyed by Nov. 1. According to the initial ambitious timetable last week, in the first half of 2014 all of them will have to disappear.

Nonetheless, given the virulence of the Syrian civil war, the operation stands as the biggest challenge in the history of the OPCW. Indeed, UN Secretary-General Ban Ki-Moon has described it as “an operation the likes of which have never been tried before”. Officials of the organization believe the biggest challenge to their work is the security of the teams as they work at sites that may be located close to front lines or are near areas controlled by rebel groups.

For security reasons, the route of the inspectors and the sites (approximately 20) they will visit will not be disclosed. Moreover, it’s Damascus in principle who should be in charge of the protection of inspectors. In addition, Russia has said security may be provided by members of a Russian-led coalition that includes Armenia, Belarus, Kazakhstan, Kyrgyzstan and Tajikistan.

The team of inspectors is currently composed of 27 experts, although it is supported by dozens of UN personnel. The team includes chemists, chemical engineers, doctors and security personnel specialized in these types of weapons. All expect the report from Damascus on this arsenal to match reality. Apparently, the relationship with the Syrian authorities has been improving since they first set foot on the ground, and the team seems thus willing to help the regime meet the corresponding requirements.

The first steps of the process have so far been defined as “a constructive beginning” to “a long and difficult process”. In one of its first statements, OPCW chief Ahmet Uzumcu affirmed the Syrian government had submitted additional information updating its initial disclosure, a gesture that would help the OPCW plan its future activities. Hours later, Syrian state television was swift to release a video purportedly showing two inspectors examining an undisclosed site.

So far, the Syrian government had allowed UN inspectors to enter the country twice in the past two months, with the aim of investigating a total of eight cases of alleged use of chemical weapons. The first mission focused on the Aug. 21 attack on Ghuta (the incident that led the White House to consider a missile strike against Damascus) in which 1,429 were allegedly killed. Although escorted by Syrian soldiers, the inspectors were back then shot by unknown snipers.

This first report concluded that “chemical weapons have been used in the current conflict between parts of the Syrian Arab Republic, even against civilians, including children, at a relatively large scale.” The second ended in September, and the researchers appointed by the UN had to analyze several incidents, including three new suspected poison gas attacks that occurred in late August. However, no report has assigned responsibility for the deployment of this kind of weapon.

Syria, which signed the Biological and Toxin Weapons Convention in 1972 but never ratified it, joined the 1992 Chemical Weapons Convention on Sept. 14. According to both U.S., Russia and Israeli estimates, the country is believed to possess more than 1,000 tonnes of chemical agents and pre-cursor chemicals, including blister agent, sulphur mustard, and sarin nerve agent.

This arsenal is also thought to include the most potent nerve agent, XV. U.S. officials believe this arsenal can be “delivered by aircraft, ballistic missile, and artillery rockets”. The start of the mission comes amid intense international scrutiny of Syria’s chemical weapons, with some particularly comparing them to Israel’s and accusing the West of double standards.

Both U.S. and Russian officials have welcomed the good beginning, but point out that the next step should be to secure a date and an agenda for the so-called Geneva-2 peace talks. In view of what looks like a completely stalled conflict, negotiations still seem the only viable option. And an agreement on that should be reached soon, as the war is far from over and dozens of people keep dying every day.

Indeed, disposing of the chemical capabilities will not stop the war, especially if we take into account the fact that chemical weapons have only been responsible for about two percent of the estimated 100,000 deaths during the two-year conflict. Moreover, the UN estimates that more than eight million Syrians could have been forced from their homes by the country’s civil war by the end of 2014.

There is a point everybody agrees on: A long and tortuous process awaits the inspectors. In other cases, such as Iraq and Libya, similar chemical disarmament have taken years. Assad has promised to do so before mid-2014. Meanwhile, the inspectors will be subjected to harsh conditions and perils.

Indeed, the international chemical weapons watchdog has worked in conflict zones like Iraq and Libya, but says it has no experience working in the context of a running civil war like Syria’s, which has divided the country into a patchwork of rebel- and government-controlled zones, many of them split by active front lines.

Some sites are believed to lay in rebel-held territory, where the Syrian Army will never be able to help the inspectors. And the rebel side is in such disarray that it seems rather impossible asking for any kind of guarantee. This is the main reason why Uzumcu has appealed for a truce, temporary cease-fires.

But, if after two years an international organization is able to paralyze, at least for some hours, the rapidly shifting lines in the civil war, what are the obstacles to a more permanent truce? General Director of Doctors Without Borders Christopher Stokes was days ago brave enough to urge for the same efforts to address the humanitarian crisis as the international measures to eliminate Syria’s chemical weapons arsenal.

“The recent opening to chemical weapons inspectors has shown it is possible, if the international political willingness is there, to grant access and free movement to aid agencies to go into these enclaves,” Stokes said.