7 Times These Diapers Were Every Egyptian Parent’s Savior

Parenthood is not a walk in the park, a playground or a garden. It is a series of physical and mental challenges that test your patience and skills. Yet, out of every hardship, diapers have always left me equally clueless and helpless.

They’re dry, then suddenly they’re wet and leaking. They’re too loose, a week later they’re too tight that the baby can’t breathe. I won’t even talk about the phase when I couldn’t tell which side was the front or the back. Then came Molfix into my life, and it became my everyday savior. 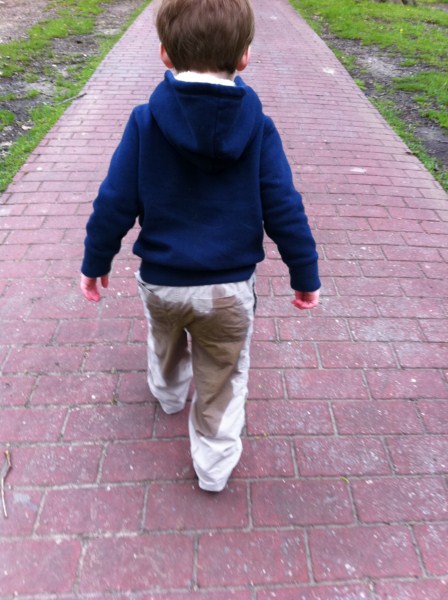 I lost count of all the times I had to end an outing or wake-up to a screaming child because of a diaper leakage. I finally decided to go for Molfix which is known for its dryness. No one wants to have a wet baby as this is recipe for rash disasters. A dry onesie means a happier mommy. 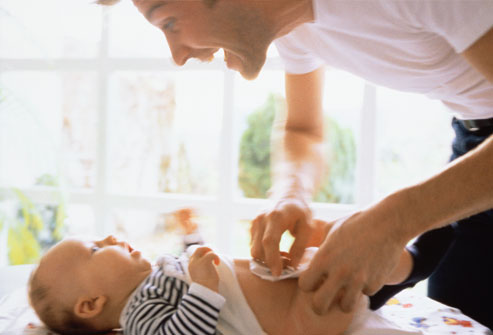 How many times have you tried to go to the hairdresser, supermarket or even take a shower and the dad panicked? Just the thought of a number two accident leaves him terrified. Fathers cam be pretty helpless in front of the diaper maneuver. Molfix is very easy to put on which means moms can finally have an hour to themselves. 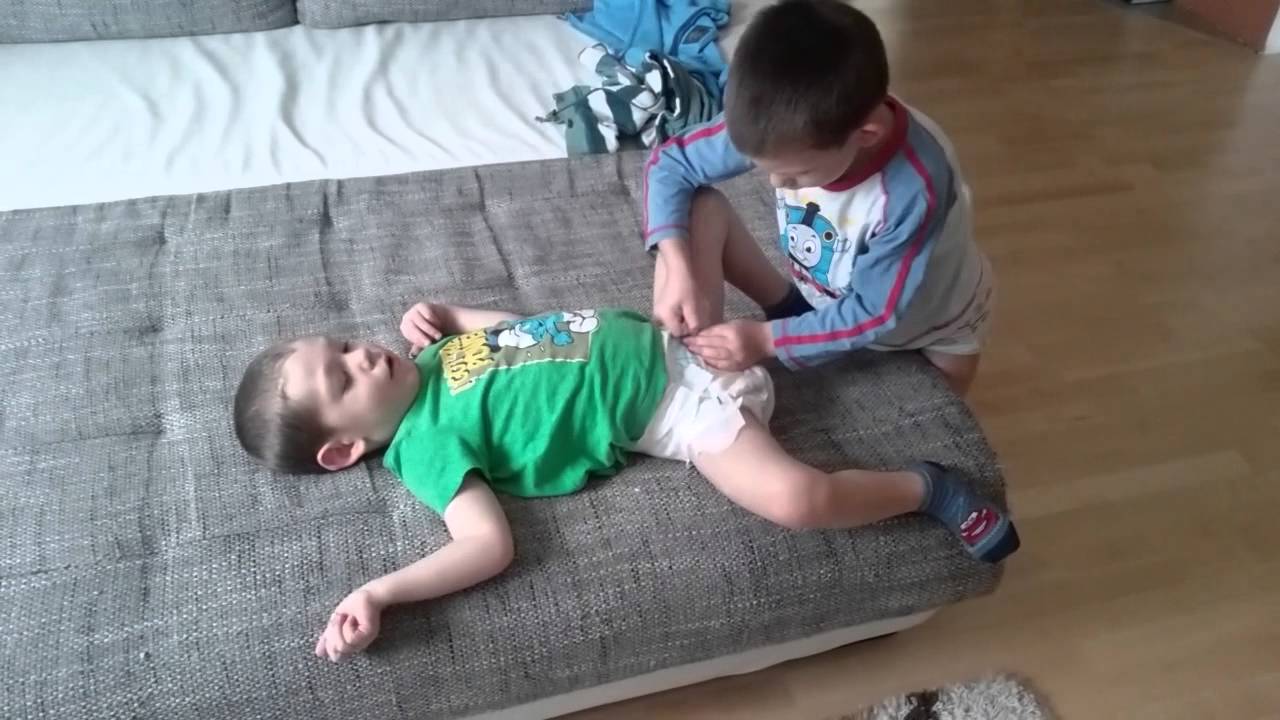 It is not easy having a toddler – commonly known as an energy ball – running around the house, feeling ignored or bored to the extent of mass destruction around the house. The colorful figures on the diaper actually makes older siblings eager to help in the fun changing process.

The dislocated diaper in public 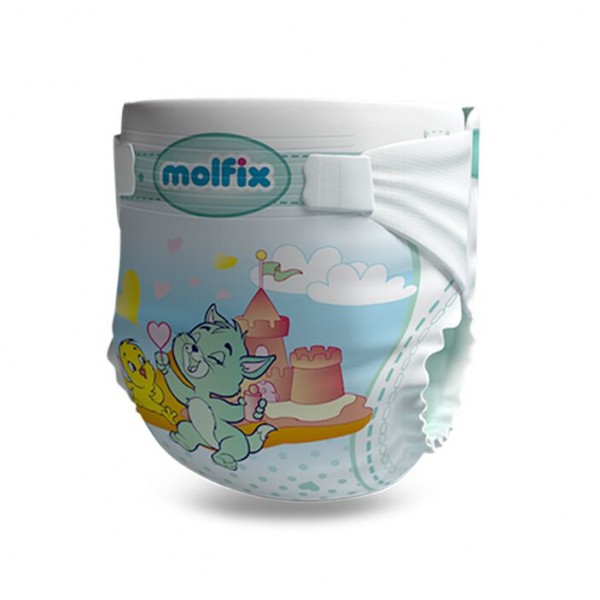 Babies love running around in nothing but diapers. It gives them a sense of freedom and its too adorable. However it turns into a nightmare when the diaper falls apart, especially in public. The baby is running around in a cute dress and BAM! A wet diaper is on full display on the ground. Molfix’s tape sticks perfectly thanks to the elastic as it guarantees a stay-on diaper for as long as you want. 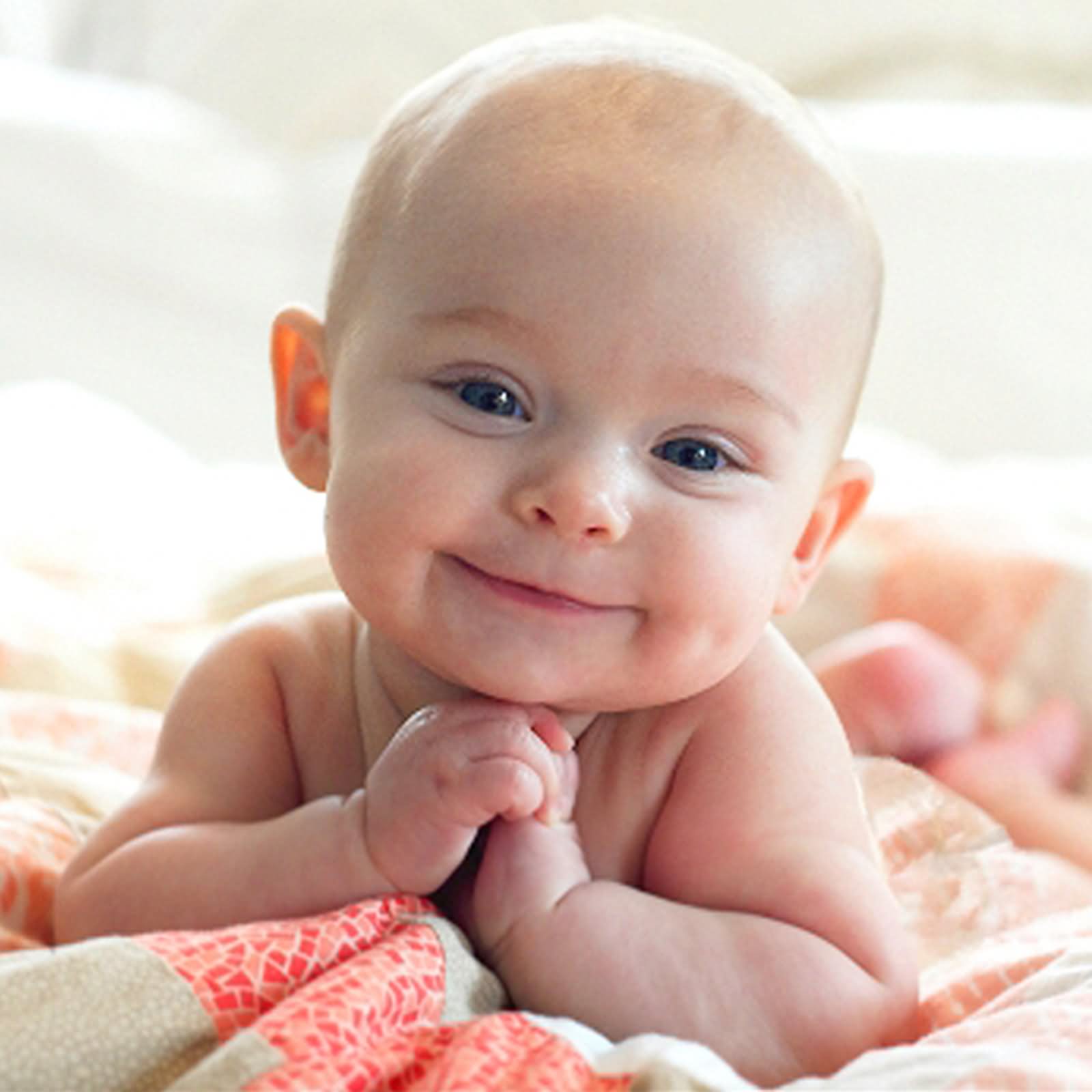 It breaks mommies’ hearts when they find diaper rashes. Not only is the child in intolerable pain, but it takes a while to heal. Molfix diapers are gentle on the baby’s skin and are very breathable, so there is an airflow that prevent rashes, making your baby happy and sanity in tact. 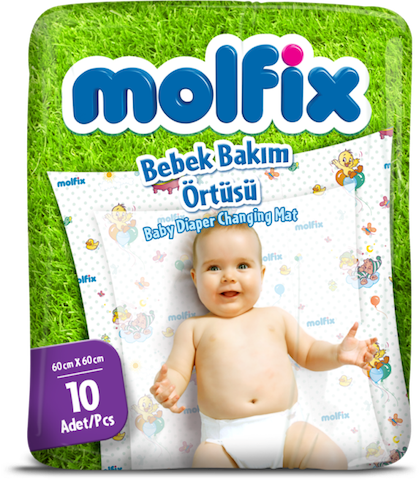 Time after time, I find myself stuck in the least hygienic places, looking for a single clean surface where I can change my baby’s diaper. The Molfix changing mat is easily folded and placed in the diaper bag and will save your day no matter where you are.

A series of videos have hit the internet on Molfix Egypt Facebook page and it is the most entertaining and relatable thing a parent will watch on social media. These videos are the most calming thing I’ve watched since sunsets in Sinai. I feel like parents all over the country actually share my struggles, and it’s simply awesome.