6 Dinosaurs that Once Roamed Egypt 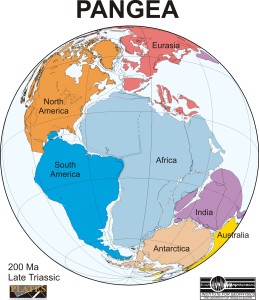 Millions of years ago the world was a much different place.

Instead of the seven continents we now know today, there was only one continent known as Pangaea. And where was modern day Egypt located in Pangaea? Right around the middle, a little to the south.

The vast Sahara desert, which now spans the majority of North Africa, was once green and forested, providing home to thousands of species of dinosaurs.

Curious which giant reptiles once called Egypt home? We put together a list of the best documented dinosaurs that once roamed the pharaonic land. For those of you who’ve seen Jurassic Park, some of these names might sound familiar. 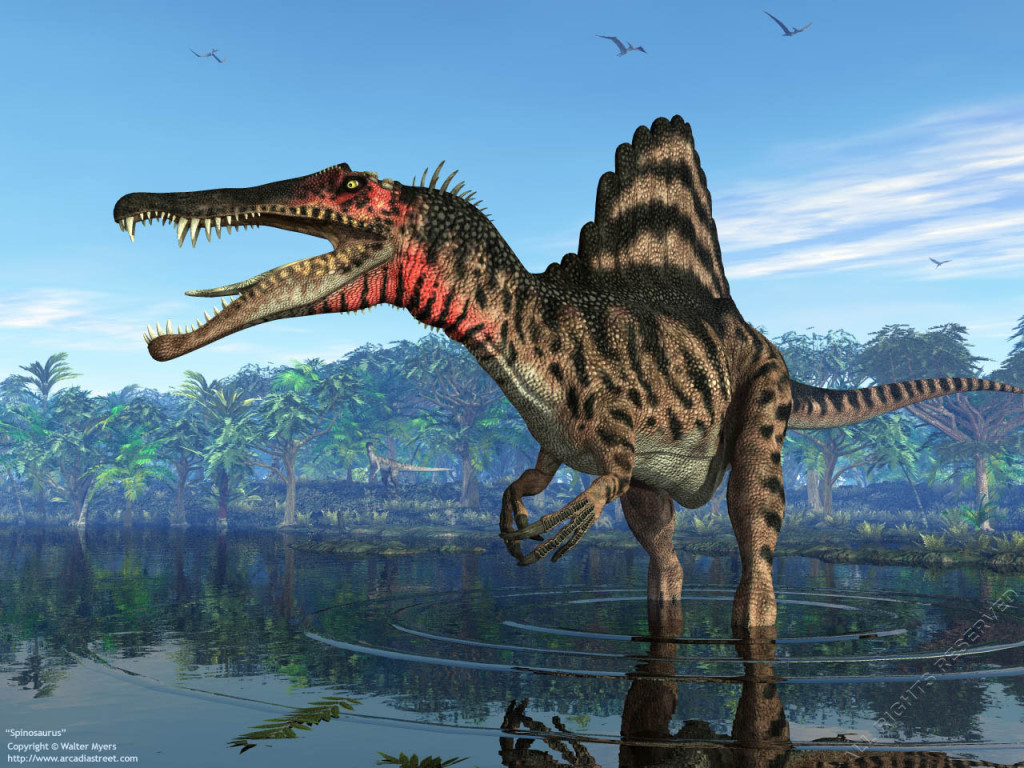 Also known as the “spined lizard” due to the long spines on its vertebrae, this massive, flesh-eating beast existed in North Africa. Recent discoveries show that it was actually much larger than the famous Tyrannosaurus Rex. 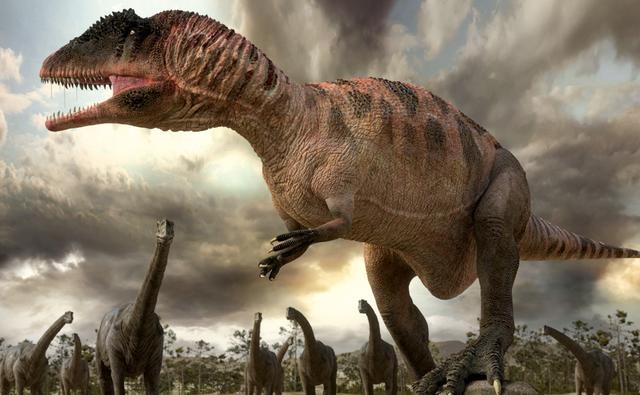 Nicknamed the shark toothed lizard, Carcharodontosaurus had enormous, eight-inch long razor sharp teeth. This carnivore is estimated to have been between 12 and 13 meters tall and weighing in at six to 15 tons. Experts believe that the Carcharodontosaurus hunted in packs. 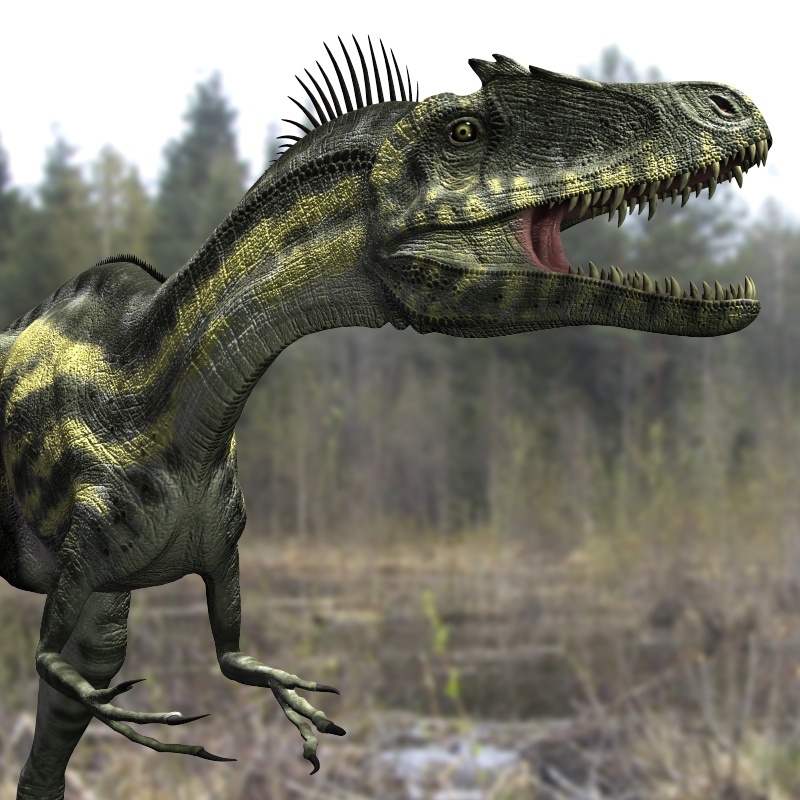 This reptile roamed the area that was once the Sahara Desert. Deltadromeus was slender and could run at extremely high speeds, which is why it’s known as the “delta runner”.

Known as “Egypt’s lizard” because its fossils were found in Egypt, the Aegyptosaurus was a species from the Sauropod family of dinosaurs. These friendly, vegetarian giants were able to fend off attack from larger and stronger carnivorous dinosaurs such as the Spinosaurus. 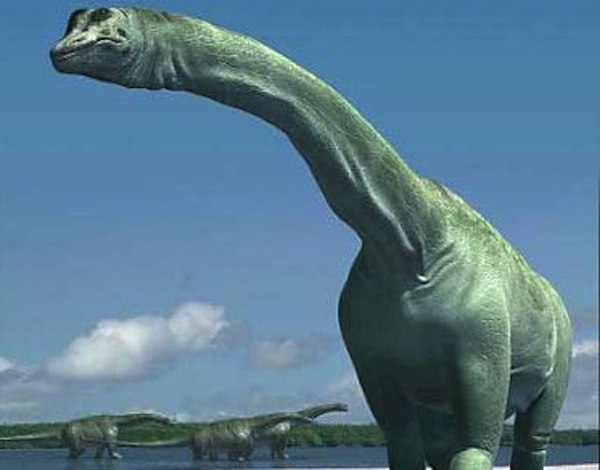 Weighing up to 65 tons, the Paralitian was also a member of the Sauropod family. It earned the title of “tidal titan” because of its large size and is believed to be the second largest creature to have ever walked the planet. 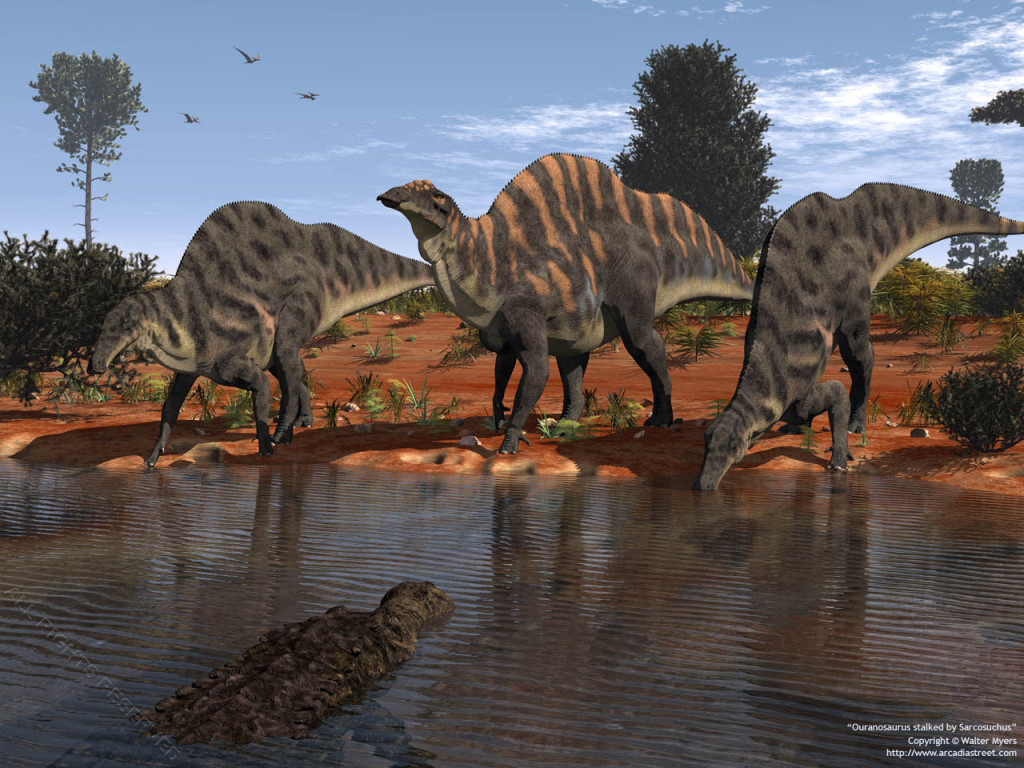 This dinosaur had a peculiar look, with two two-foot long sails on its back supported by neural spines – a physical feature possessed by only a few dinosaurs and that no longer exists in modern animals. Though scientists are unable to conclusively agree on the purpose of the Ouranosaurus’s sails, many speculate that they were used either to fend off rivals or attract mates.

WE SAID THIS: Have you always wondered what lives in the Nile? Find out with these 14 Animals You Didn’t Know Live in the Nile.