By Project XX On Aug 27, 2012
0
Share
Today we continue with the metamorphosis we have been diligently working on. The intricate detail has made this piece as time consuming as the ceilings of the Vatican. Kenzie being the flight, in fight or flight has decided to abandon ship and move onto our newest creation. Dominique the fighter, persists, outlines & shades, her OCD side kicking in. 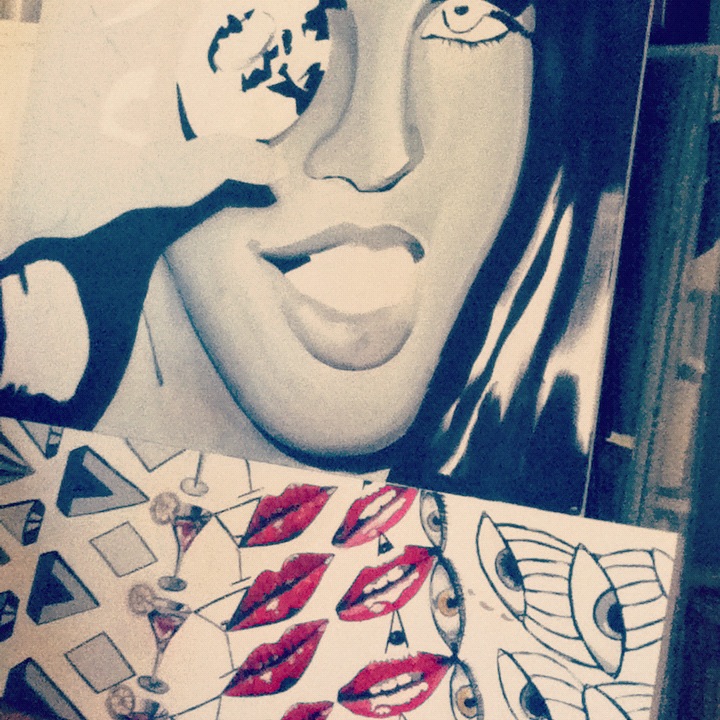 So today begins our 10 day count down to the finish line, so we are working overtime. 8 am wake up – 1 hour gym regime. 10 am start. It’s a fat start but we will get the hang of it. Currently it feels like our bodies have gone into shock mode having just completed our first session of Gym babe, and now we go onto weighing the pro’s and con’s. Pro’s – energetic, endorphin releasing mind frame. Con’s – our Red Bull intake will unfortunately need to increase most indefinitely. Papousa left to Sahel for 2 days. Her time away allowed her to ponder. She returned thoughtful and pensive, zen like. She concluded we must now whisper, tip toe, and hum – rather than roar, stamp and sing. How embarrassing, our conversational skills are being equated to a pack of hyenas. Conclusion? We think we have out worn the welcoming nest and are on the hunt for a new work spot.
Read More:

Jan 28, 2020
On a more resentful note, ‘dad’ decided to hijack Kenzie’s jeep herbie this morning. He slipped out secretively, like a hooker leaves a politicians hotel room. Obviously Kenzie’s inspector gadget ears heard the moan of the engine and clucked irritably, we needed to get supplies Gupta! 2 minutes later the moan returned, clearly ‘dad’ had forgotten something. This prompted Dom’s Diplomatic skills .  She ran down and hopped in the car ( Dom does not know how to drive ). She fired up the motor and pretended to scramble for something, preparing the scene for ‘dad’s’ confrontation, in a discrete, confused cutie fashion.  ‘Dad’ ran out, shocked to find Dom innocently sitting in the drivers seat (we forgot that he also is aware of her questionable driving skills) She asked very eagerly if he needed anything from the pharmacy. Shocked, and slightly flustered, dad insisted he had a golf tournament that he must get to and demanded that Dom should exit immediately. Dom’s response was – Does kenzie know? We were going to buy some diabetes medicine for Nonna’s helpless gardener. “Dad” paused, face shrivelled and calculative of the next move as we currently held the cards. He called our bluff though and offered to take us to the pharmacy and bring us back.
And so the cat and mouse game begins. The artists vs the non believer. Prepare for another war in I-rak ‘daaaaadd’. Feeling betrayed, we started a portrait of Lana del Rey, as she too betrayed Marina and the Diamonds by steeling poor Marina’s album cover and replaced her hair ball with a large diamond. 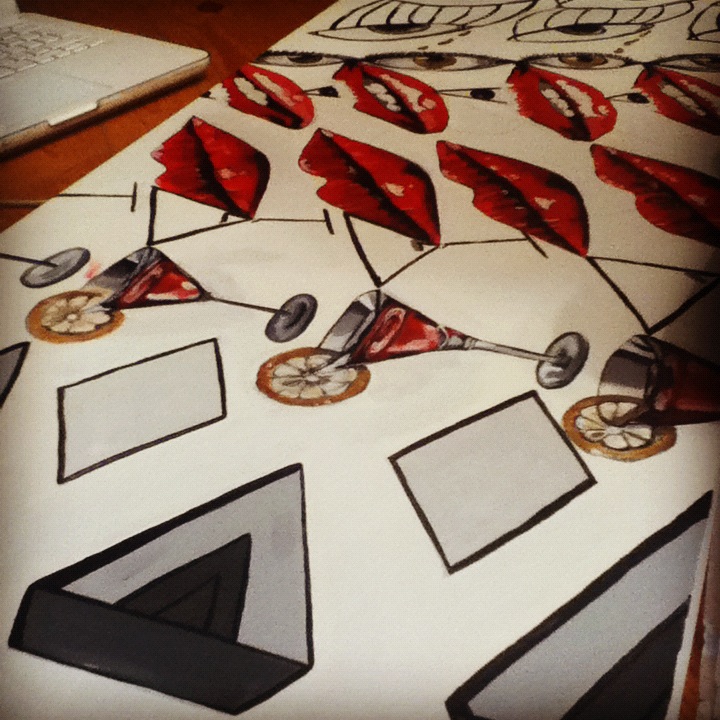